According to the Assoiciated Press there are two versions of an extension of the First-Time Homebuyer’s Tax Credit being circulating in the Senate. Both versions are targeted to be put in place by an amendment to the larger bill extending unemployment benefits. One version extends the credit through the end of March, 2010, allows move-up homebuyers to also get a credit and contracts written by the end of March have 90 days to close. It seems somebody in the senate actually understands the current state of affairs in the housing industry. The other version apparently keeps the current credit in place but drops the maximum credit by $2,000 each quarter with full expiration at the end of 2010. According to AP, both versions face a key vote next Tuesday. Google “first time homebuyer’s tax credit” and the search should bring up the most recent stories. 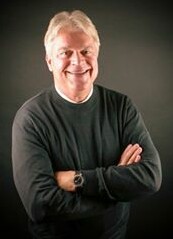 Clear Choice is a Washington based mortgage broker. NMLS# 1495193

Craig works from University Place, Washington. However, he can be available most anywhere in the Puget Sound Basin for individual, small or large group meetings..